Why can't I fetch the app from the crowdbeamer device directly ?

Why can't I fetch the app from the crowdbeamer device directly ?

There are a few reasons why the apps need to be downloaded from the internet:
To make it easy, we make the apps available through a weblink (https://www.crowdbeamer.com/app), a QR code and through the Apple App Store and Google Play. 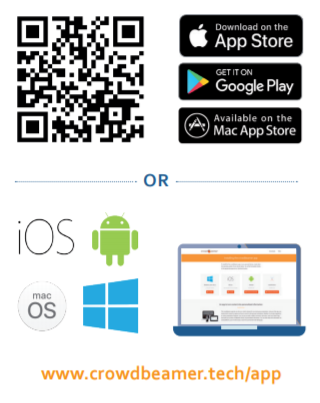 The Windows installer supports external installers, so that the installation can be automated easily.  Click here for more information.
Upon request, we can also deliver the Android APK for company wide pushed installations.